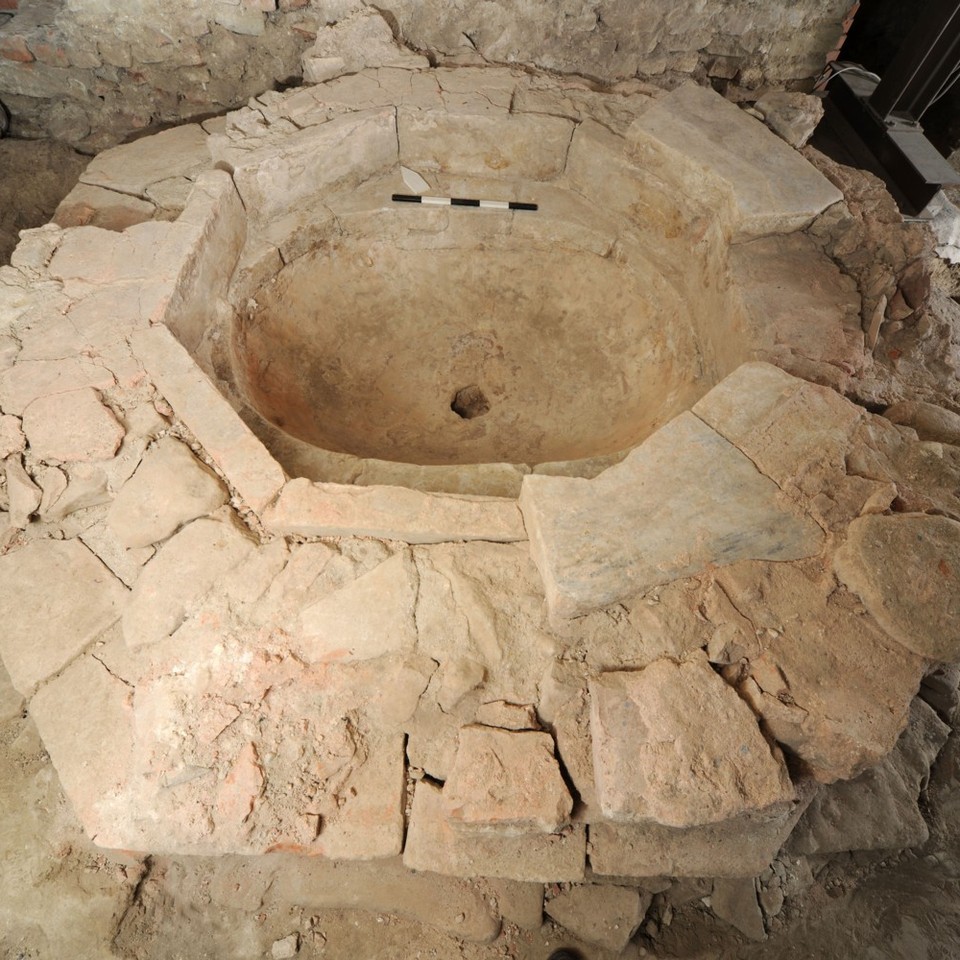 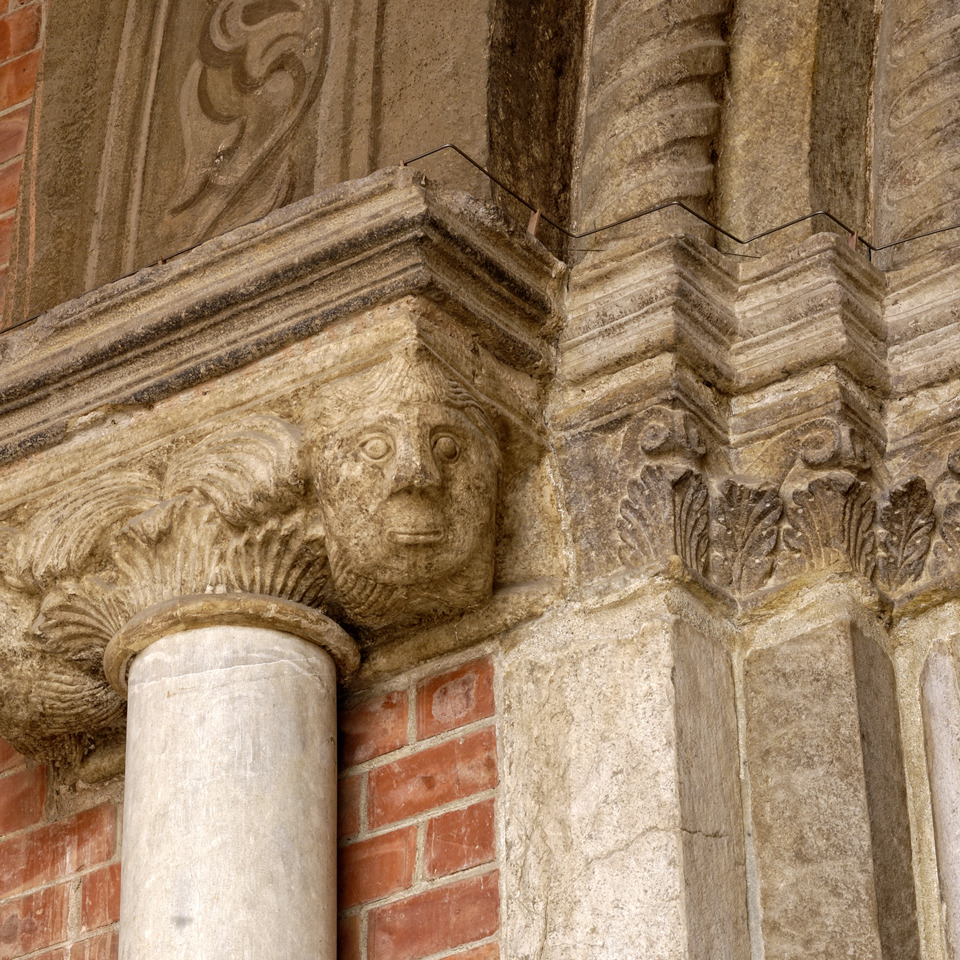 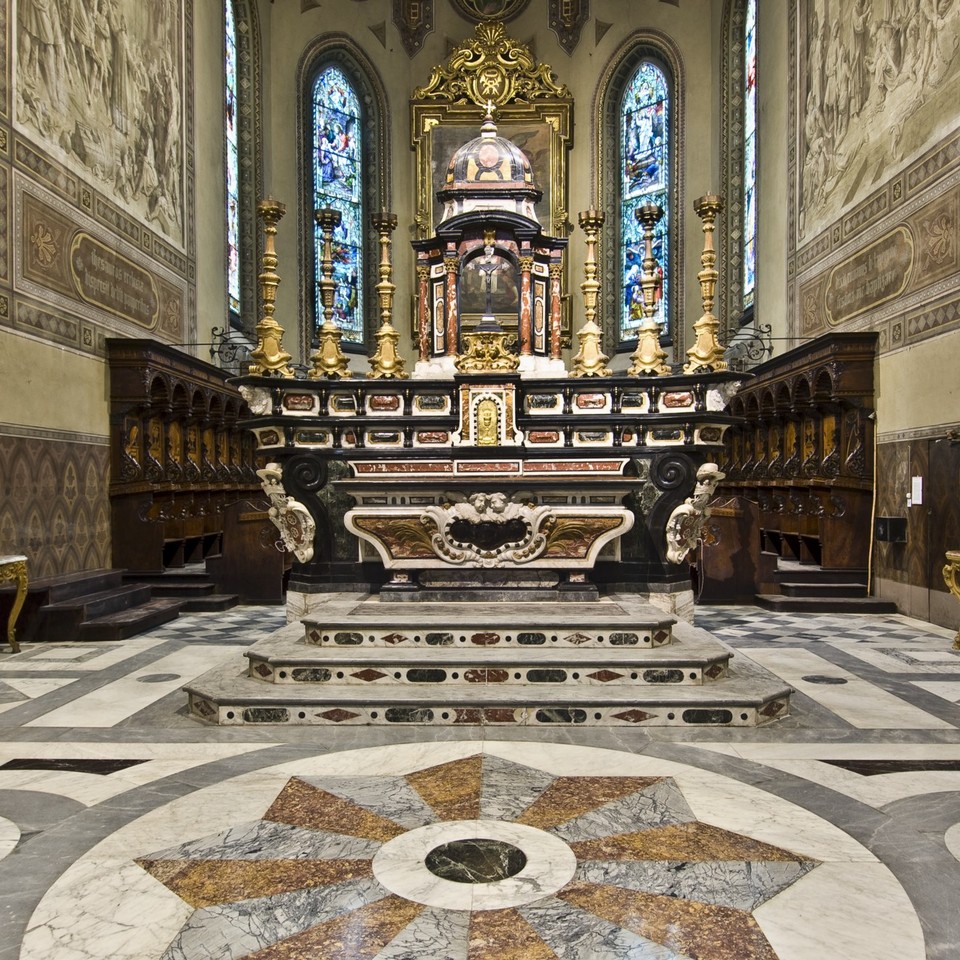 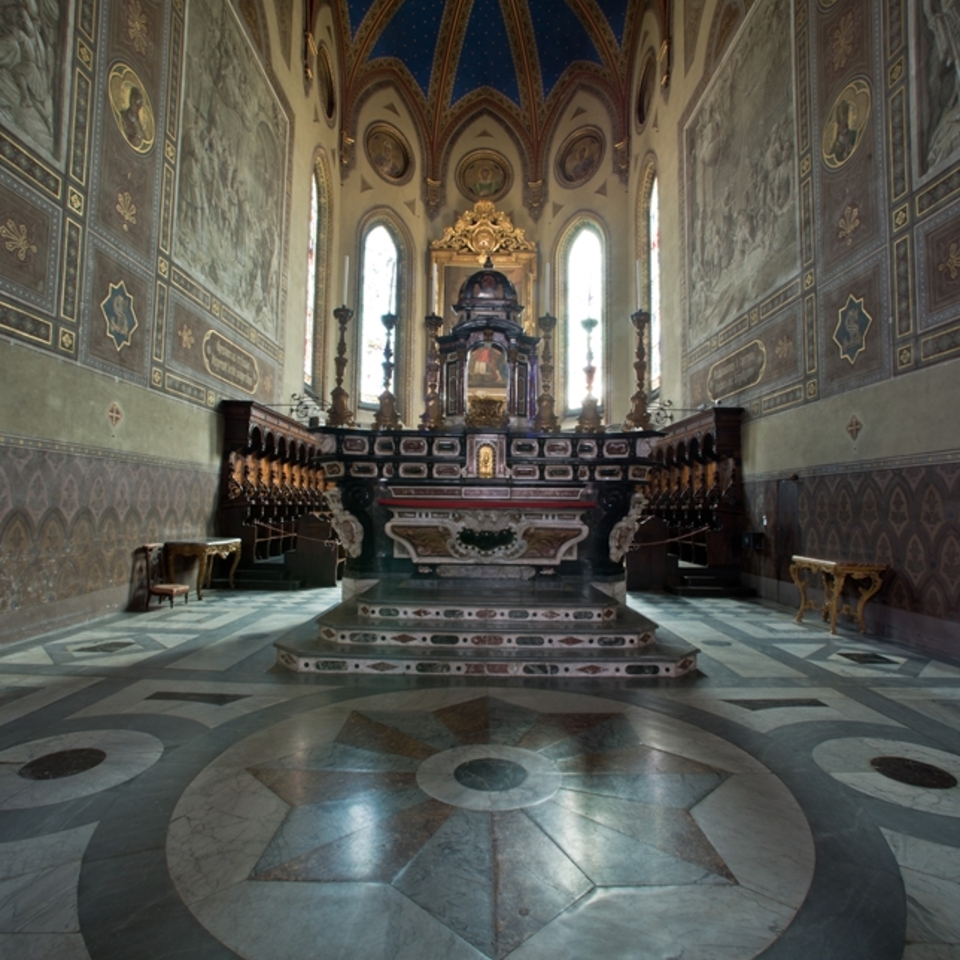 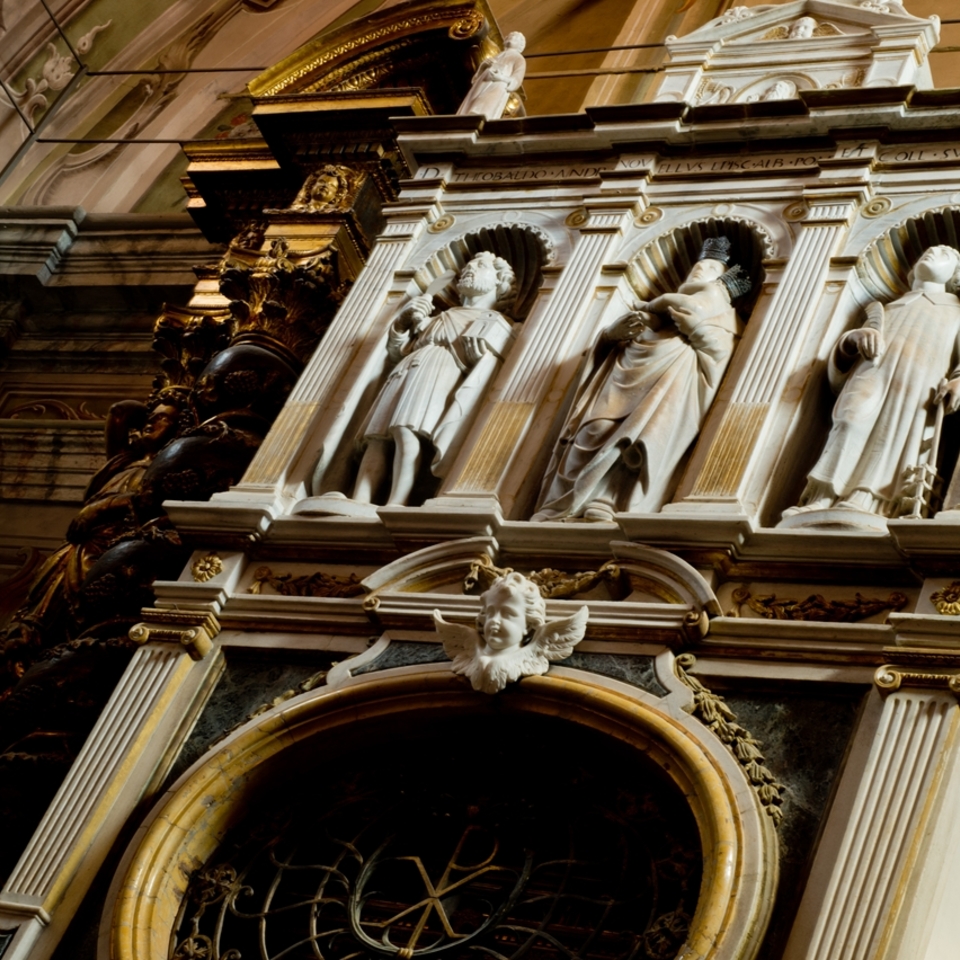 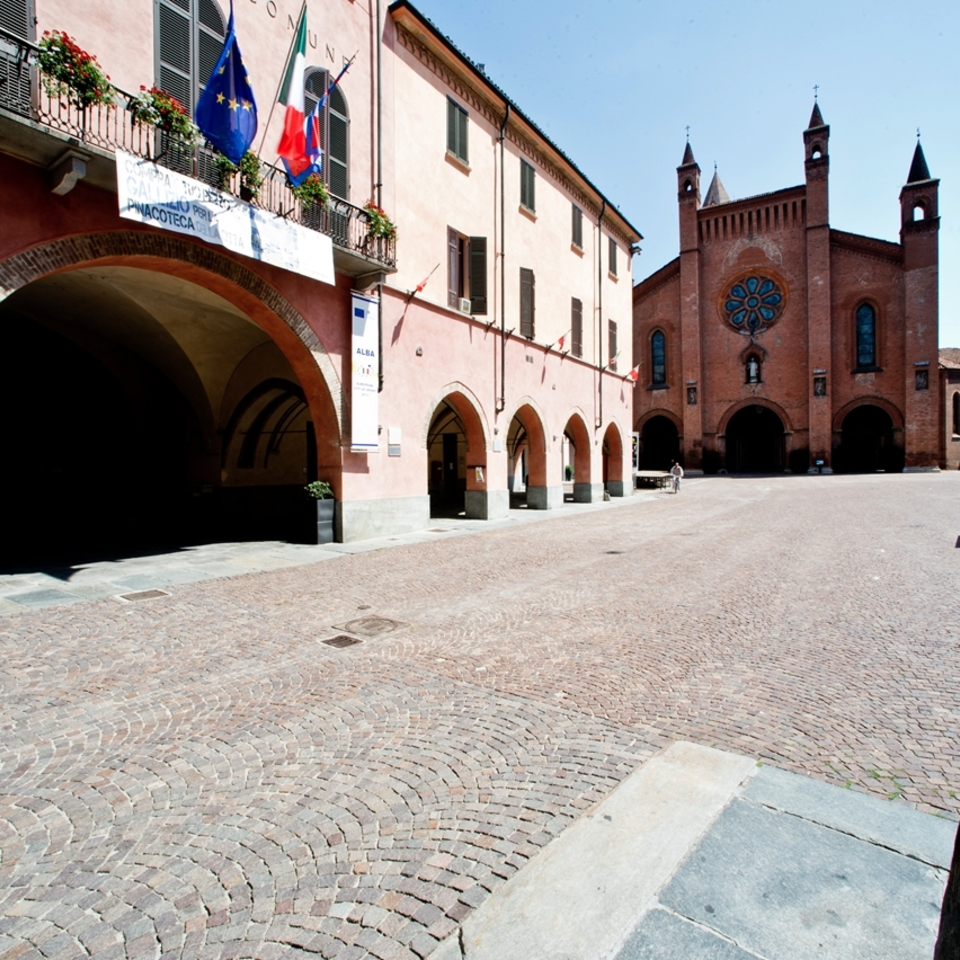 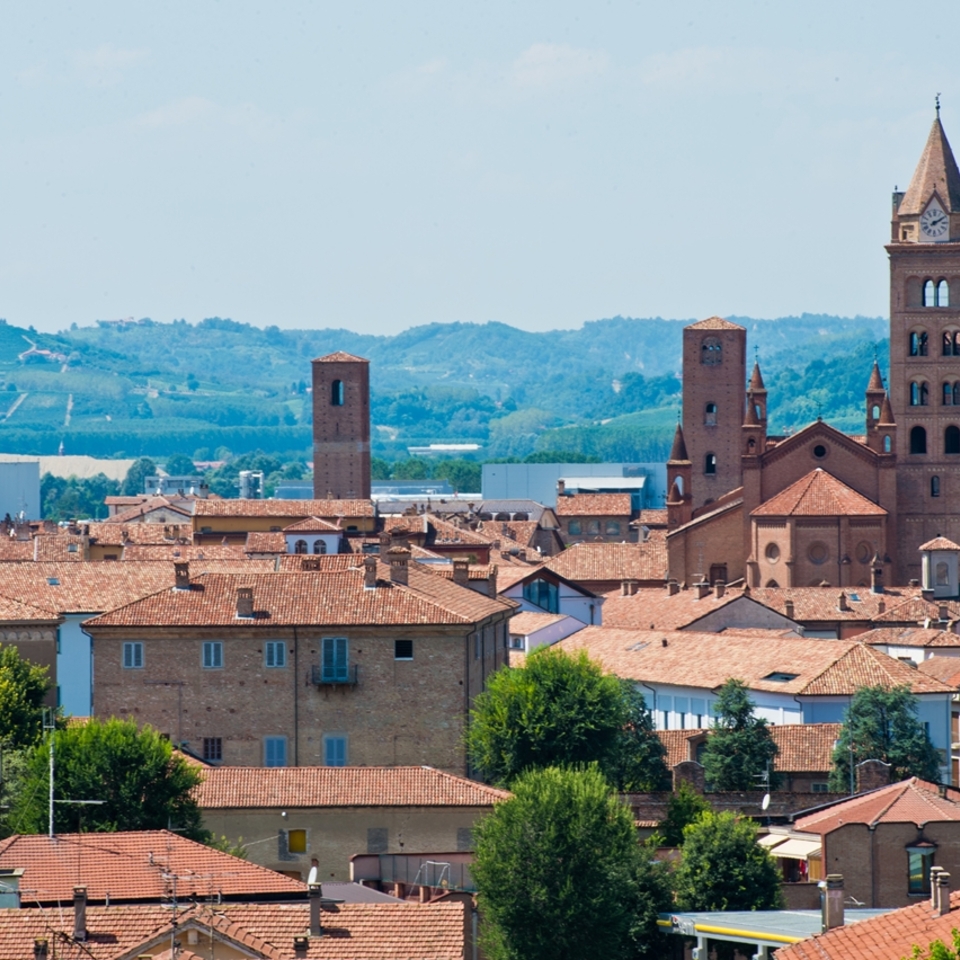 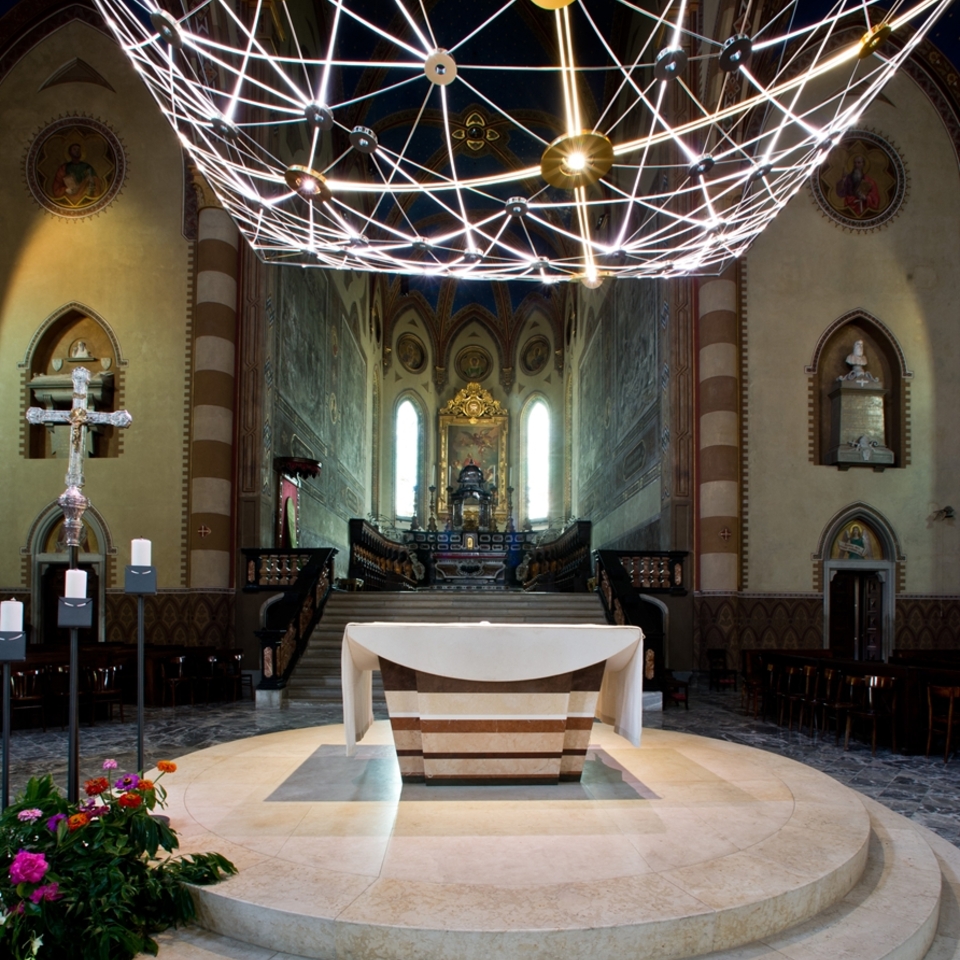 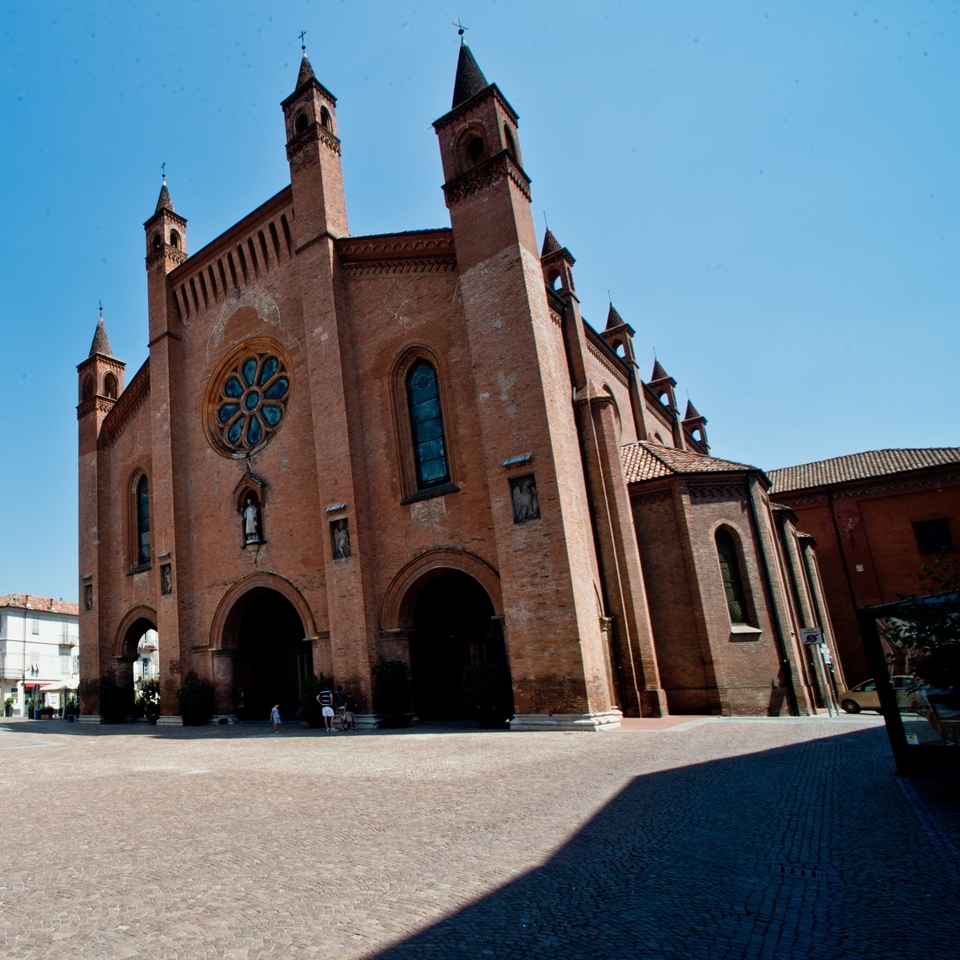 The cathedral is located in the eastern sector of the ancient city of Alba Pompeia, where the mighty Roman walls of a large public building complex have been unearthed. The remains of an octagonal structure at the end of the right aisle mark the first site of the baptistery, connected by an atrium to the Early Christian basilica (c.6th century).
The sober terracotta façade, remodelled during the restoration (1867–72) supervised by the Vercelli architect Arborio Mella, presents a central rose window opened up during this work, Luigi Cocchio’s statue of Saint Lawrence Martyr, and the Symbols of the Evangelists, by Carlo Dusio (1878).
The interior of the church suggests its lengthy history, revealing traces of ancient restorations and reconstructions.
The original church was extended in the late 10th century, while the Romanesque layout dates back to the last quarter of the 11th century. A complex intervention during the second half of the 12th century is responsible for the handsome portals, stone slab paving supporting the polygonal entrance steps, and the belfry incorporating an older (late 10th–early 11th century) version. Between 1486 and 1516, Bishop Andrea Novelli arranged for a radical reconstruction of the cathedral as the final stage in the process of reorganizing the urban plan. In 1652, Bishop Paolo Brizio started crucial renovations, including the two deep transept chapels of the Holy Sacrament and Saint Theobald, the latter housing the monumental arch (1515–25) dedicated to the cobbler saint.The final complex renovation of the cathedral was in the 19th century. The apse area is home to a beautiful wooden choir dated 1512, and the altarpiece with Saint Lawrence created by painter Claudio Francesco Beaumont in 1766. The remains from the Late-Roman and High Medieval periods are on show in the archaeological section of the Diocesan Museum, in the cathedral basement.

The Romanesque sandstone portals welcome the visitor into the cathedral. The first chapel on the left houses the baptismal font, by the architect Ugo della Piana (1991). Here people become Christians, entering into communion with God and joining the Catholic Church. There is another font, of the Early Christian period and dating from the 6th century, at the end of the nave.
The nave is home to the liturgical focal points, the result of renovations implemented in 2008: the ambo, for the proclamation of the Word of God; the altar, the place of the Lord’s Supper, where the gestures of the Bread and Wine are re-enacted each Sunday in obedience with the Lord’s commands; the cathedra, from which bishop guides his diocese. The ancient chancel is home to the 1712 monumental Baroque altar by Lugano-born Giuseppe Gaggini. The precious wooden choir, by Bernardino Fossati of Codogno (1512), is set against the apse wall. The fine inlays of its 35 stalls illustrate still lifes and fantasy landscapes with great technical ability. Here the Liturgy of the Hours was sung and the canons raised their voices in hymns and psalms of praise and thanksgiving.
Two large chapels, commissioned by Bishop Paolo Brizio (1652), form a kind of transept. The right-hand chapel is dedicated to the Most Holy Sacrament and was completed by Mons. Carlo Francesco Vasco, between 1746 and 1748. The tabernacle is the home of Jesus who became bread to enter into communion with His believers. The iconographic theme of the decoration, by Francesco Antonio Cuniberti of Savigliano, is the Lord’s Supper. The chapel on the left housing the penitentiary, is dedicated to Saint Theobald, the cobbler who became the co-patron of the cathedral. The monumental ark, s by Milanese sculptor Antonio Carlone (1515–525), is dedicated to him and houses relics of the patron saints of Alba.
Here many have invoked the protection of the saints in times of trouble and asked for absolution of their sins in these confessionals. 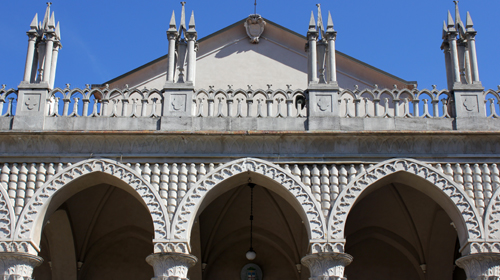 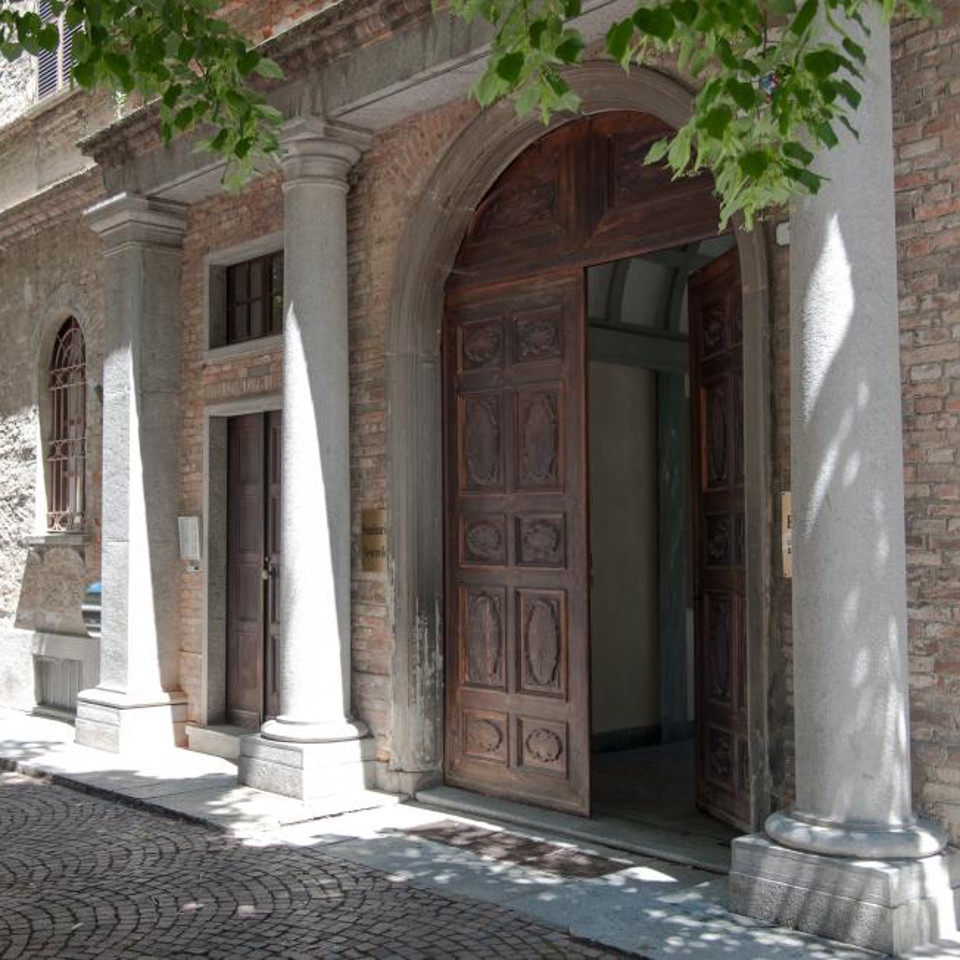 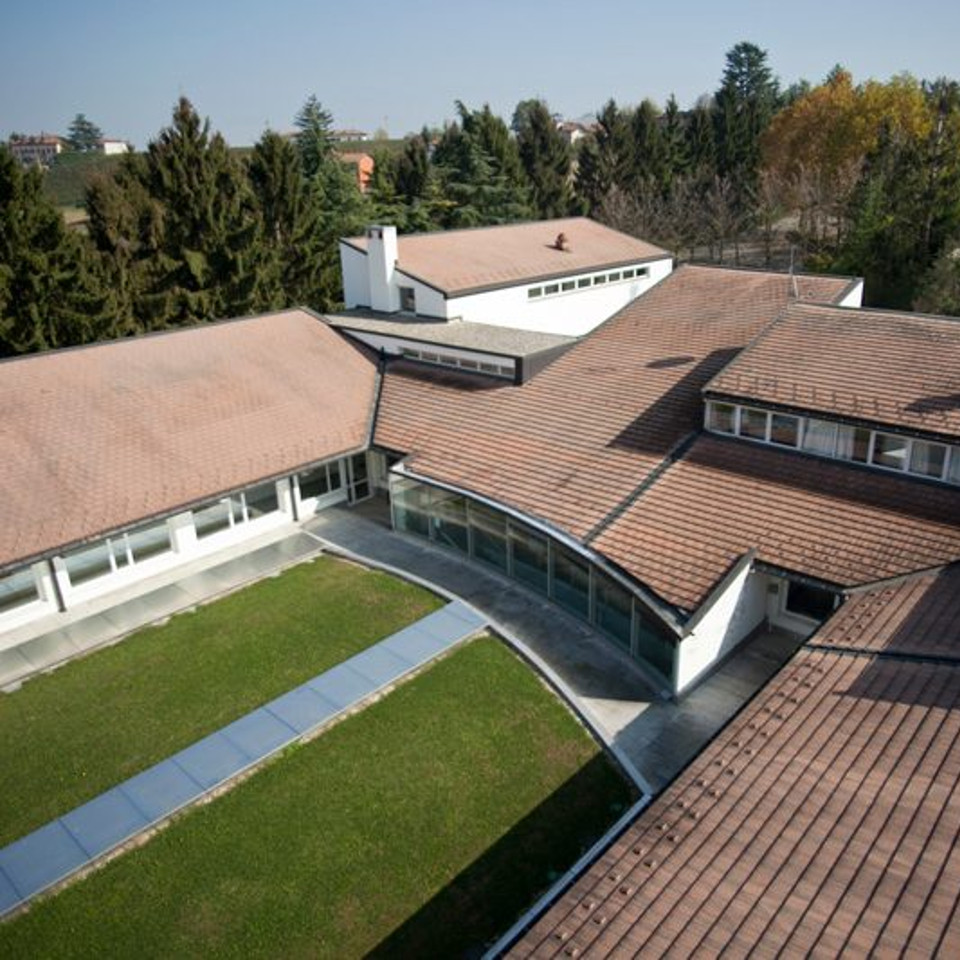 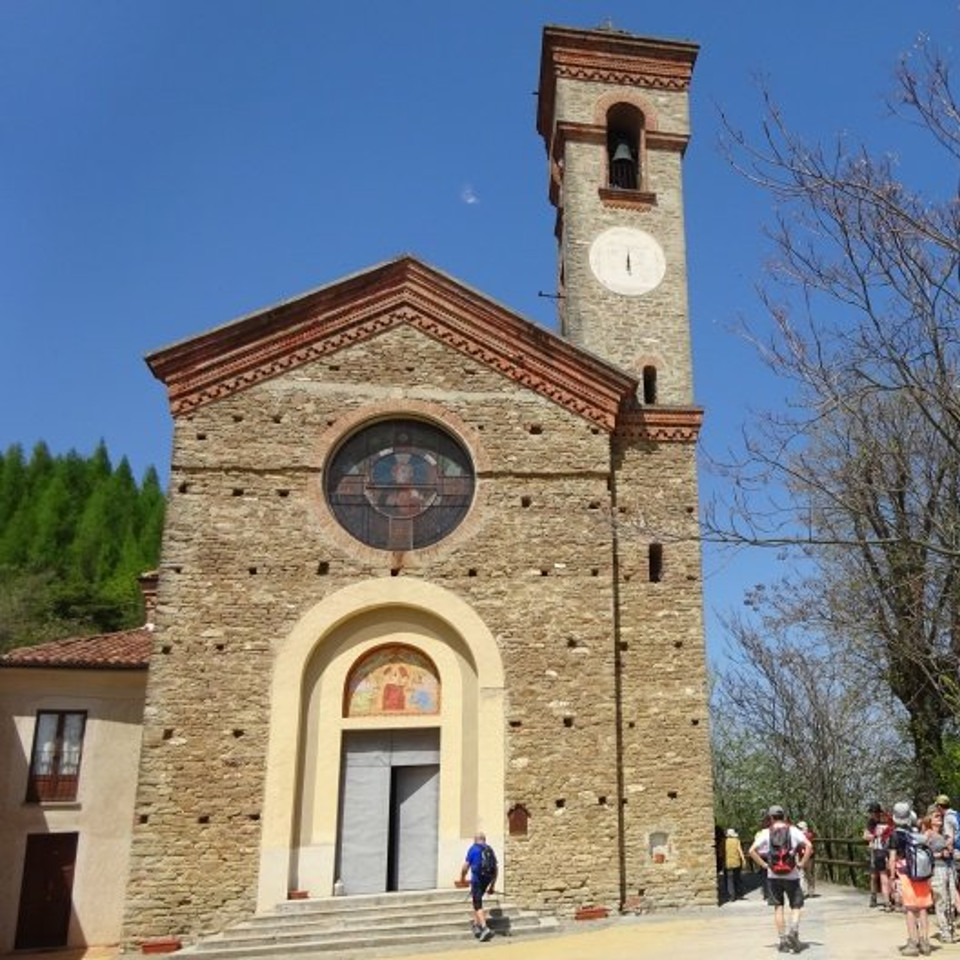