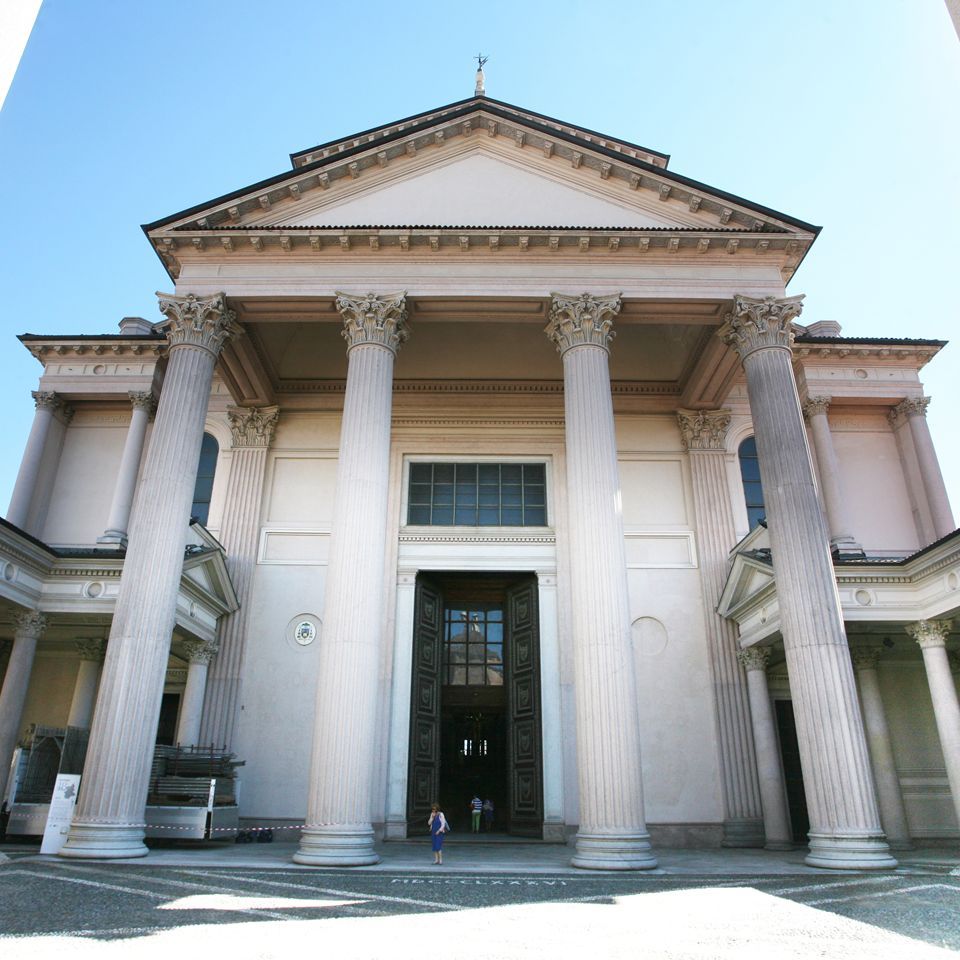 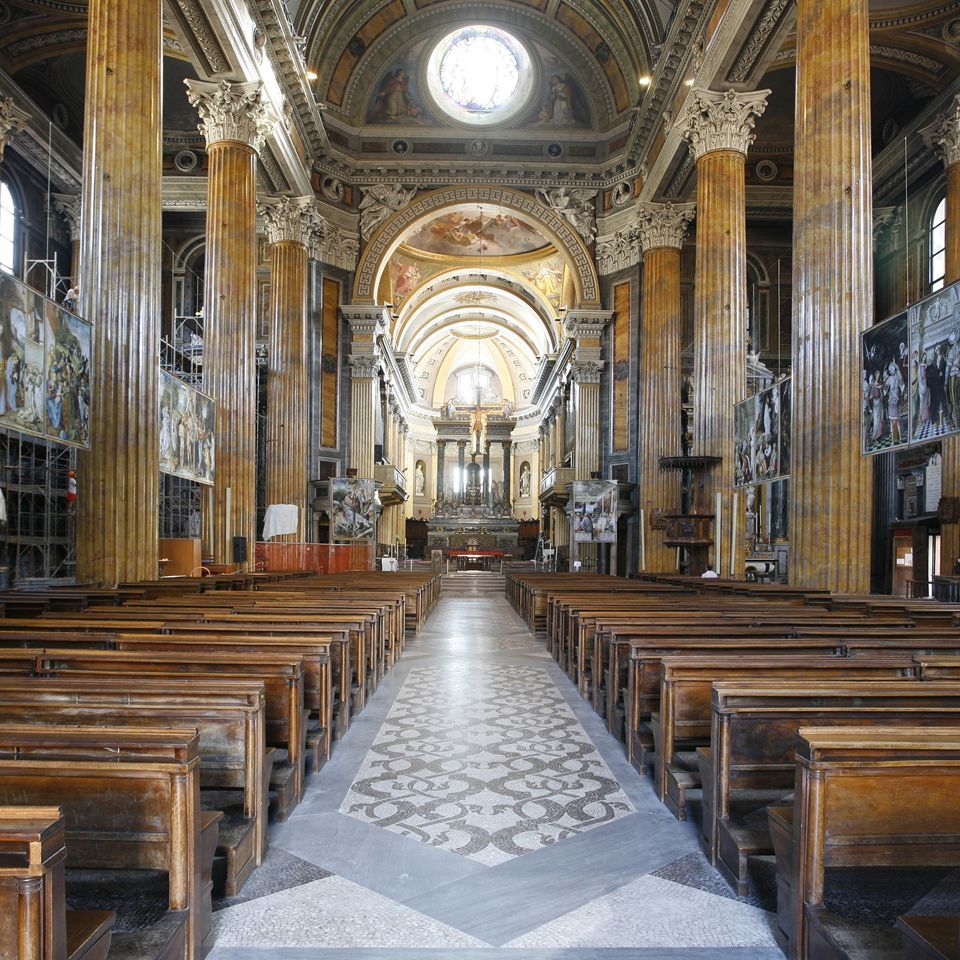 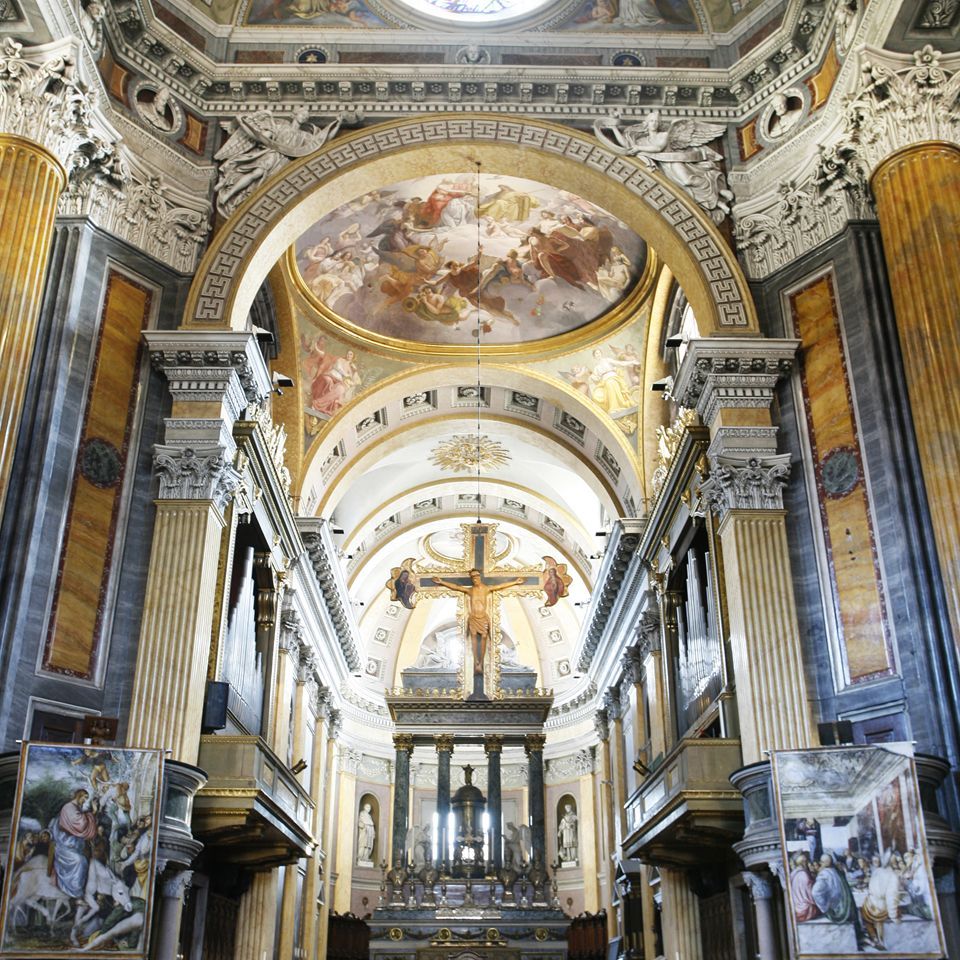 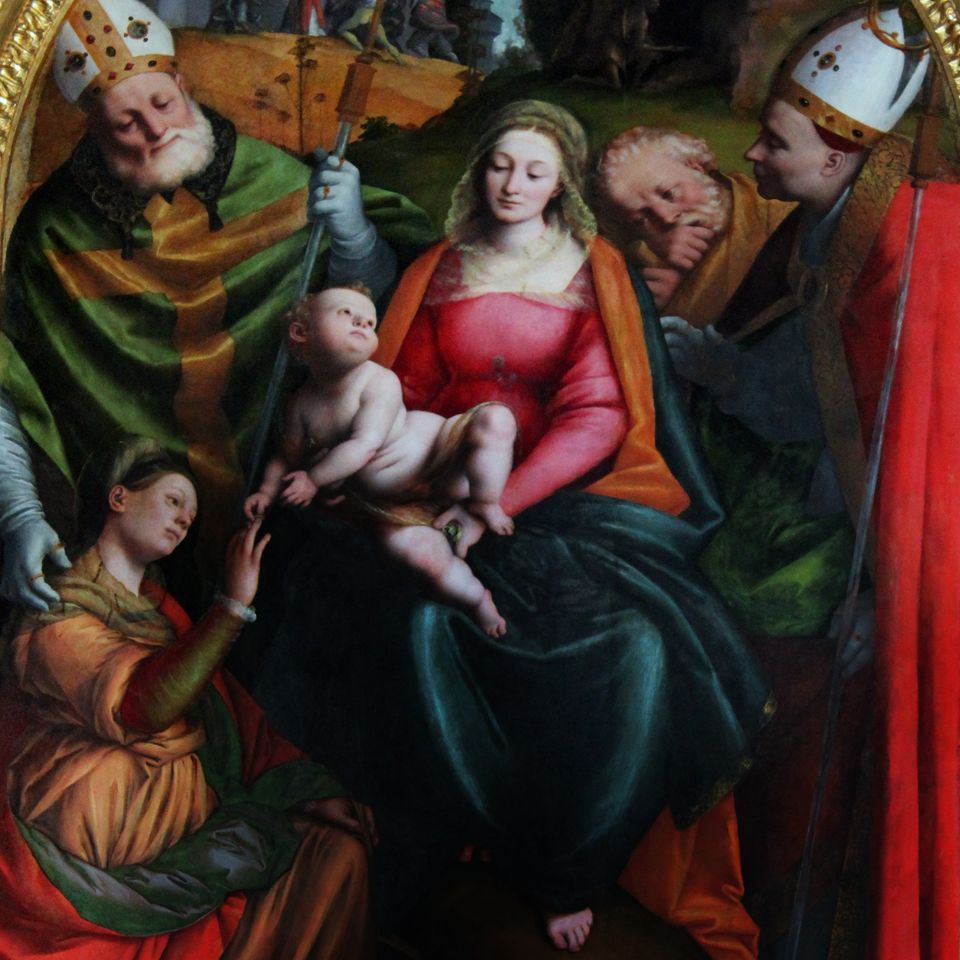 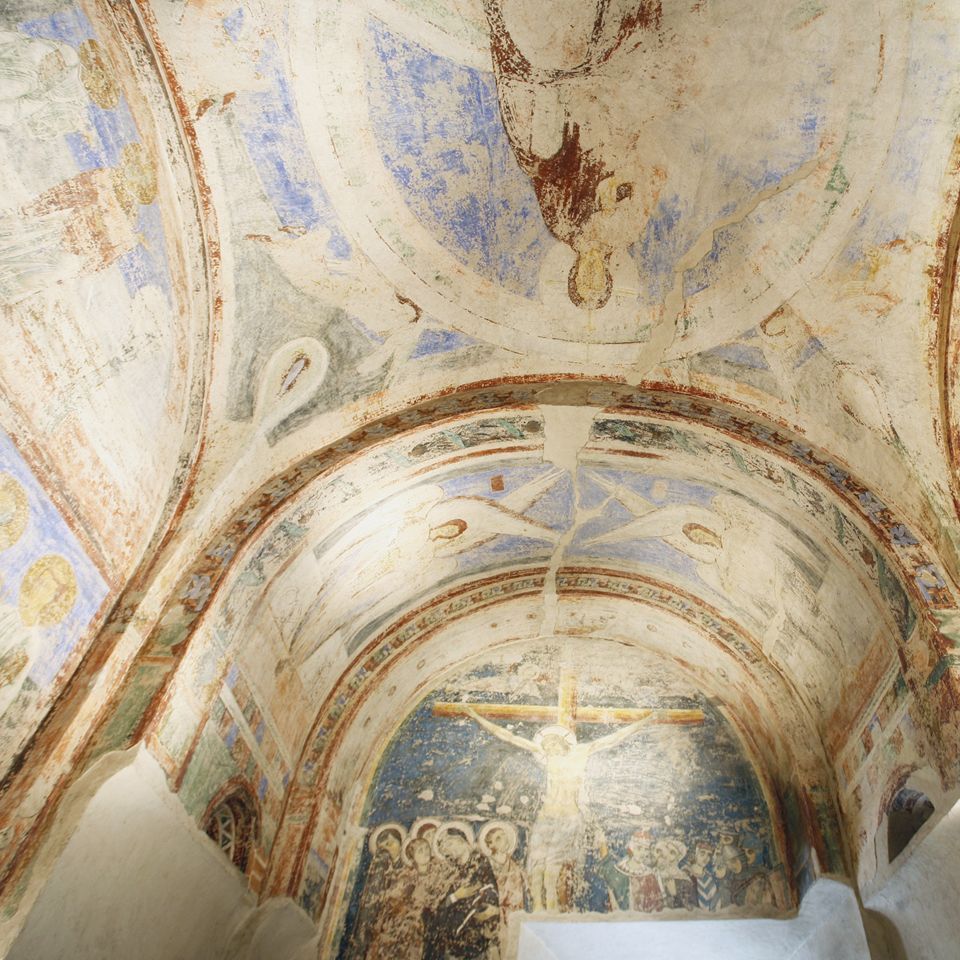 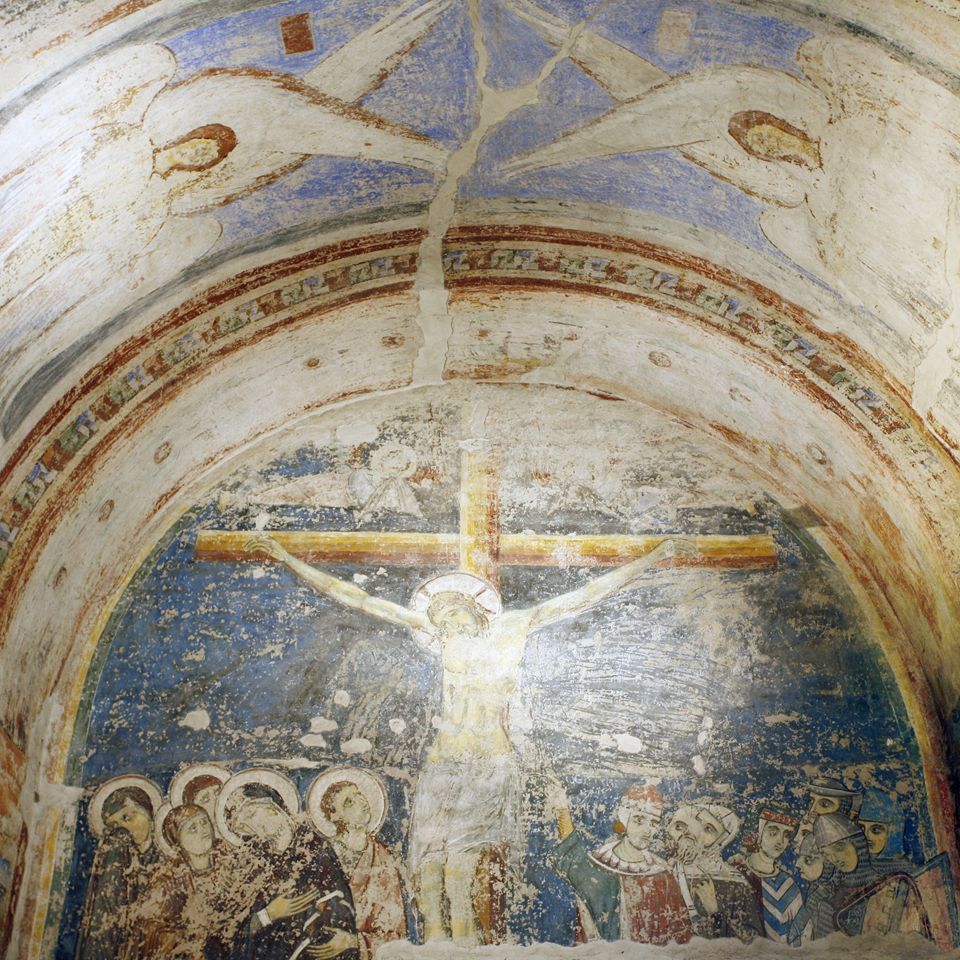 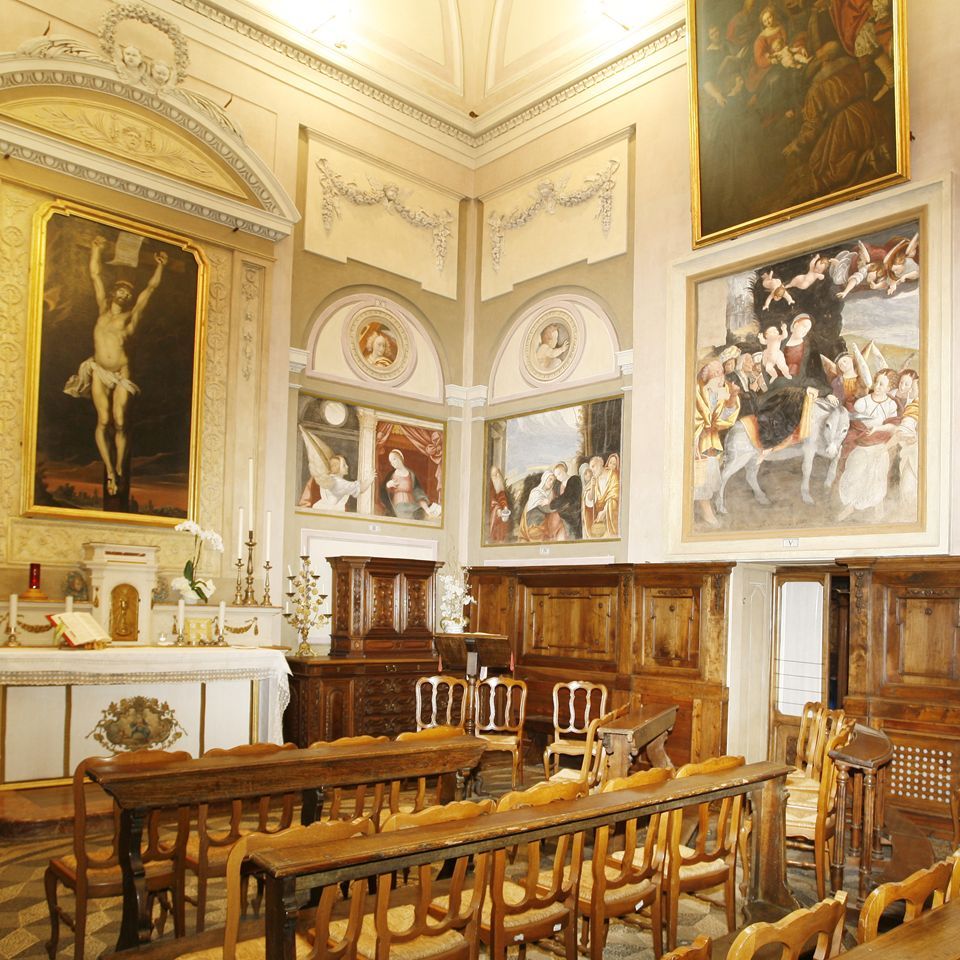 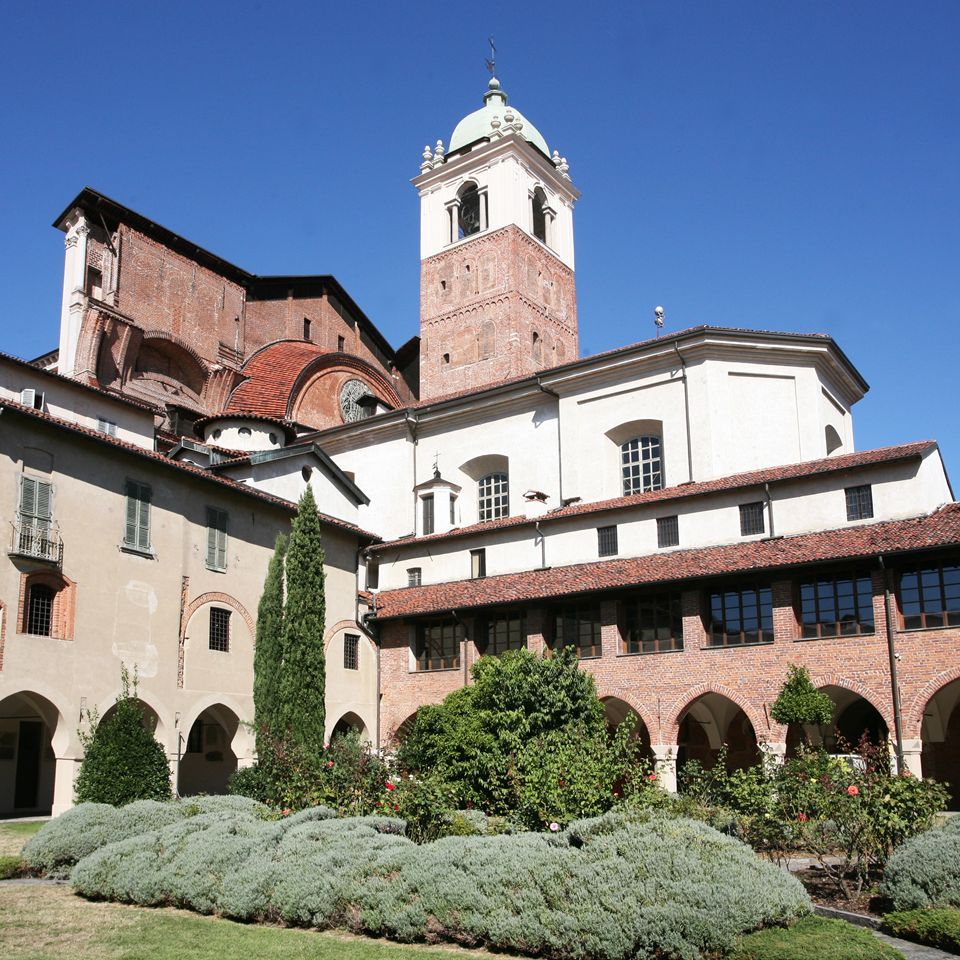 The construction (between AD 350 and 400) of the urban basilica, baptistery and Domus Episcopalis can be attributed to the first bishop, Saint Gaudentius. The cathedral was demolished between the 11th and 12th centuries and replaced by a new Romanesque building, consecrated on 17 April 1132 by Pope Innocent II. The new building had a Latin cross plan with a nave and two aisles, and women’s galleries. A quadriporticus was built in front of the façade, which was flanked by two towers that connected the aisles to the galleries. A series of important restoration work was carried out from the 15th century onwards. In the 1400s, several chapels were opened along the aisles, and others were added during the following century. In 1580, Bishop Francesco Bossi ordered the demolition of the old apse, which was replaced by a new choir with a rectangular plan. During the first half of the 1590s, Bishop Carlo Bascapè commissioned the new high altar, while the crossing tower was restored in 1680 by Bishop Benedetto Odescalchi, who added a lantern. The cathedral was gradually restored in Baroque style during the 18th century, to the design of Benedetto Alfieri, who retained the original structures. Work was interrupted in 1792 and recommenced in 1831, to the design of the engineer Melchioni, who built the new choir, whose altar – consecrated in 1836 but not completed until later – was designed by the young architect Alessandro Antonelli. The new cathedral building was designed by Antonelli between 1854 and 1855. The quadriporticus was demolished in 1857 and subsequently rebuilt in Neoclassical style, while the demolition of the nave, aisles and dome of the Romanesque cathedral commenced in 1865. The colossal project remained unfinished and the transept and choir were not built as Antonelli had intended. Along the side overlooking Piazza della Repubblica, the building is delimited by a portico with smooth columns and Corinthian capitals. Under the portico is the entrance to the parvis, closed off by a railing and surrounded by another internal colonnade. The entrance is situated beneath a pronaos, formed by four massive grooved columns adorned with Corinthian capitals, which support the triangular pediment. The interior is divided into a nave and two aisles by faux-marble stucco columns. The nave is covered by a barrel vault, while the aisles have a calotta above each bay. Commencing our visit from the left aisle, we first encounter the San Giuseppe chapel with the canvas by Carlo Francesco Nuvolone depicting the Adoration of the Magi (commissioned to replace the altarpiece by Titian that was destroyed by fire in the 17th century). It is followed by the chapel of Saint Cajetan, which houses the 16th-century panel of the Last Supper by Sperindio Cagnoli and the precious reliquary bust of Saint Bernard of Menthon. The chapel of the Our Lady of Graces, at the top of the left aisle, is followed by the chapel of Saint Agabius, which houses the mortal remains of the Novara saint commemorated by the handsome statue by the Collino brothers. The chancel, raised in respect to the rest of the nave, has preserved part of the antique mosaic floor of the old Early Christian cathedral, with black and white tesserae in opus tessellatum, dating from around 1132. The choir is adorned with 17th-century canvases by the Milanese painters Filippo Abbiati and Melchiorre Gherardini, which have recently been joined by the precious Saint Francis Receiving the Stigmata, painted by Guercino in 1633. The choir lofts are home to two organs, the oldest of which (on the right of the altar) was made by the Mentasti workshop in 1902. The chapel at the top of the right aisle contains the altar of Saint Lawrence Martyr. It is followed by the chapel of Saint Benedict with an altarpiece painted by Bernardino Lanino in 1575, the chapel of Saint Catherine of Alexandria with the splendid panel by Gaudenzio Ferrari depicting the Mystic Wedding of Saint Catherine, and finally the 1728 chapel of our Lady of Ransom with the sculptural group by Giuseppe Rusnati.

Novara Cathedral is a symbol of the city’s complex historical and artistic development and the devotional hub of the diocese. Its interior bears the distinctive signs of the nature and history of local faith: the two chapels at the top of each aisle house the remains of Saint Agabius, the second Bishop of Novara and disciple of Saint Gaudentius. An embossed silver urn contains the remains of the 4th-century bishop saint of Novara. He is depicted in the powerful marble sculpture by the Collino brothers, which reveals his distinctive iconography; the presence of the wafer and chalice recalling the particular piety towards the Eucharistic miracle traditionally attributed to Agabius. The chapel at the top of the right aisle houses the altar of Saint Lawrence and the precious Carrara marble statue by the Milanese sculptor Grazioso Rusca. The remains of the saint martyred together with the children he was catechizing, are housed in a red velvet casket beneath the altar. The cult of Saint Lawrence, as priest and martyr, became widespread in the diocese from the 16th century, especially once it had been endorsed by Bishop Bascapè following the reform of Pius V. The chapel of Saint Cajetan houses the remains of Saint Bernard of Menthon, also known as Saint Bernard of Aosta (Menthon-Saint-Bernard, 923–Novara, 1008): a precious 15th-century jewelled silver reliquary bust contains the saint’s skull, while two gilded Neogothic reliquaries house several bone fragments. Saint Bernard was proclaimed patron saint of mountaineers and mountain dwellers by Pius XI in 1923. The Catholic Church celebrates his feast day on 15 June. 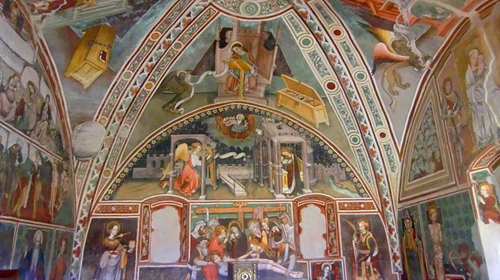 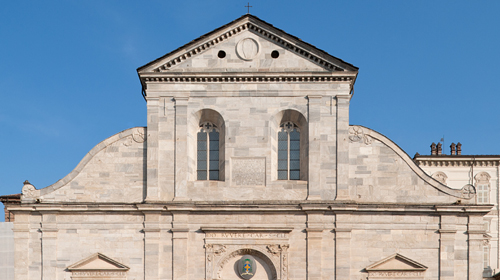 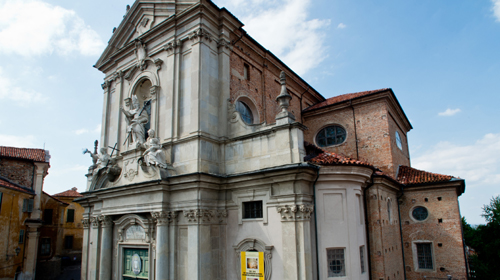 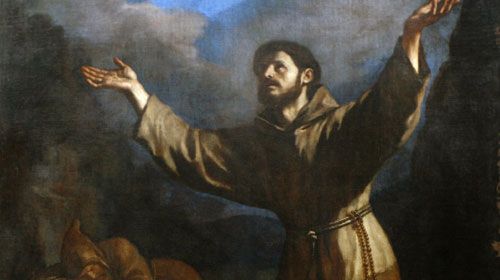 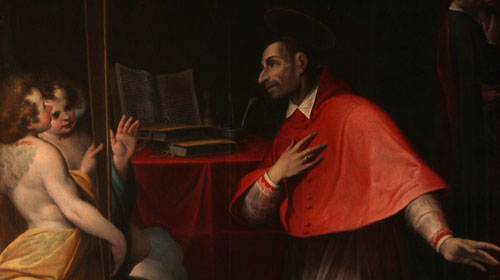 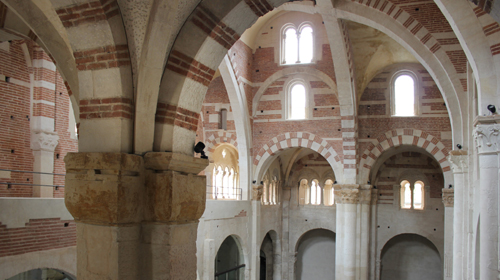 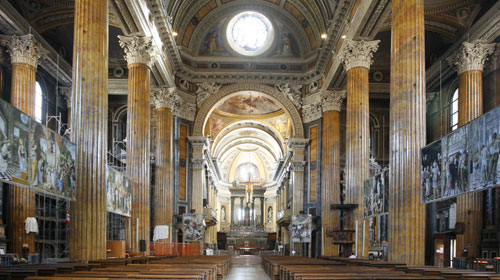 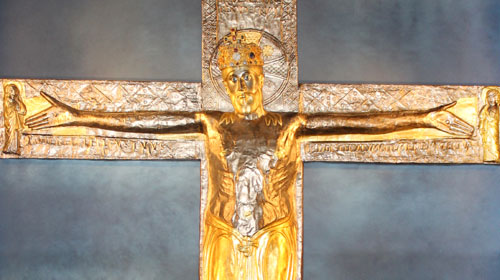 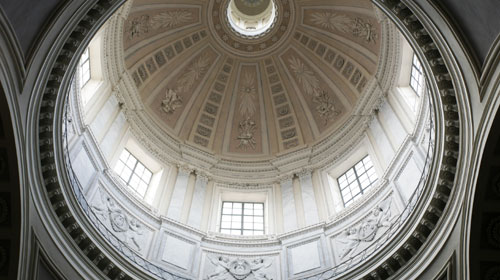 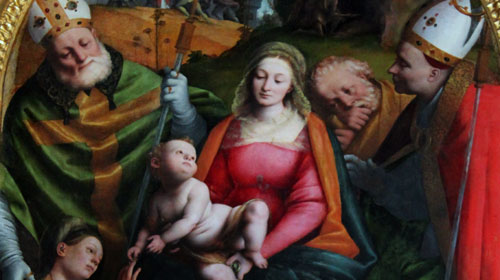 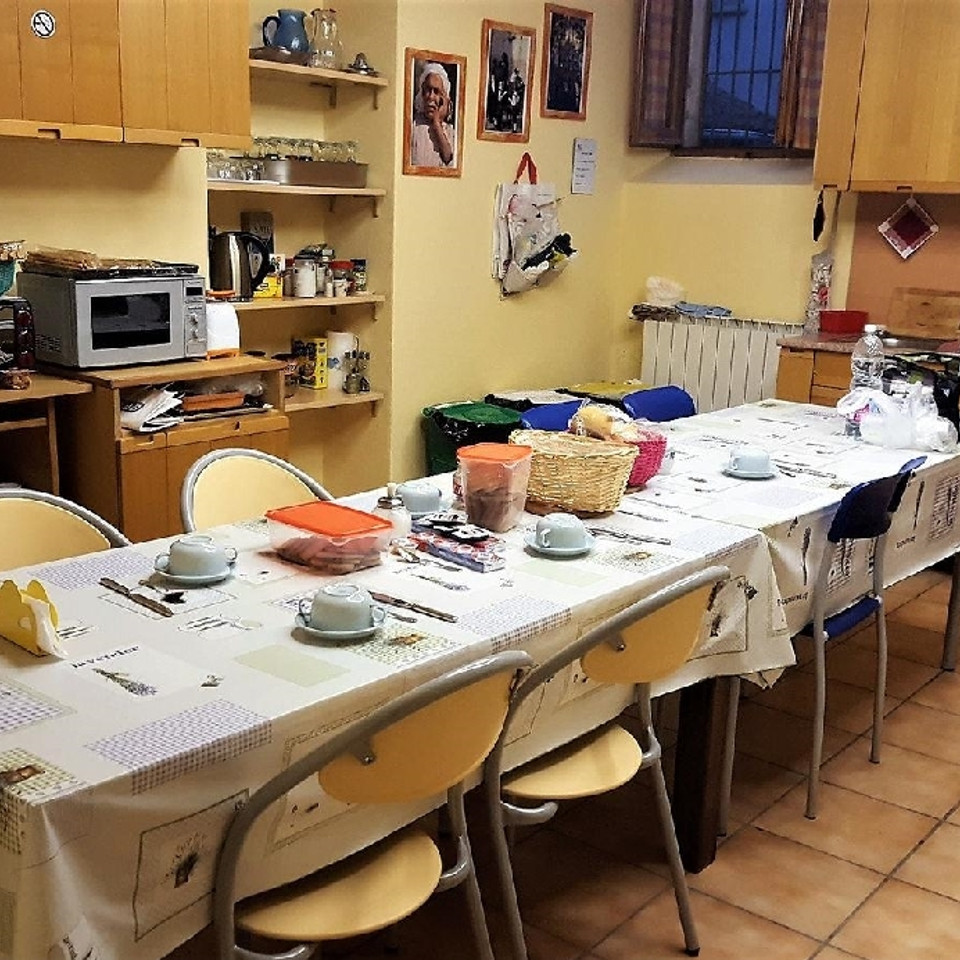 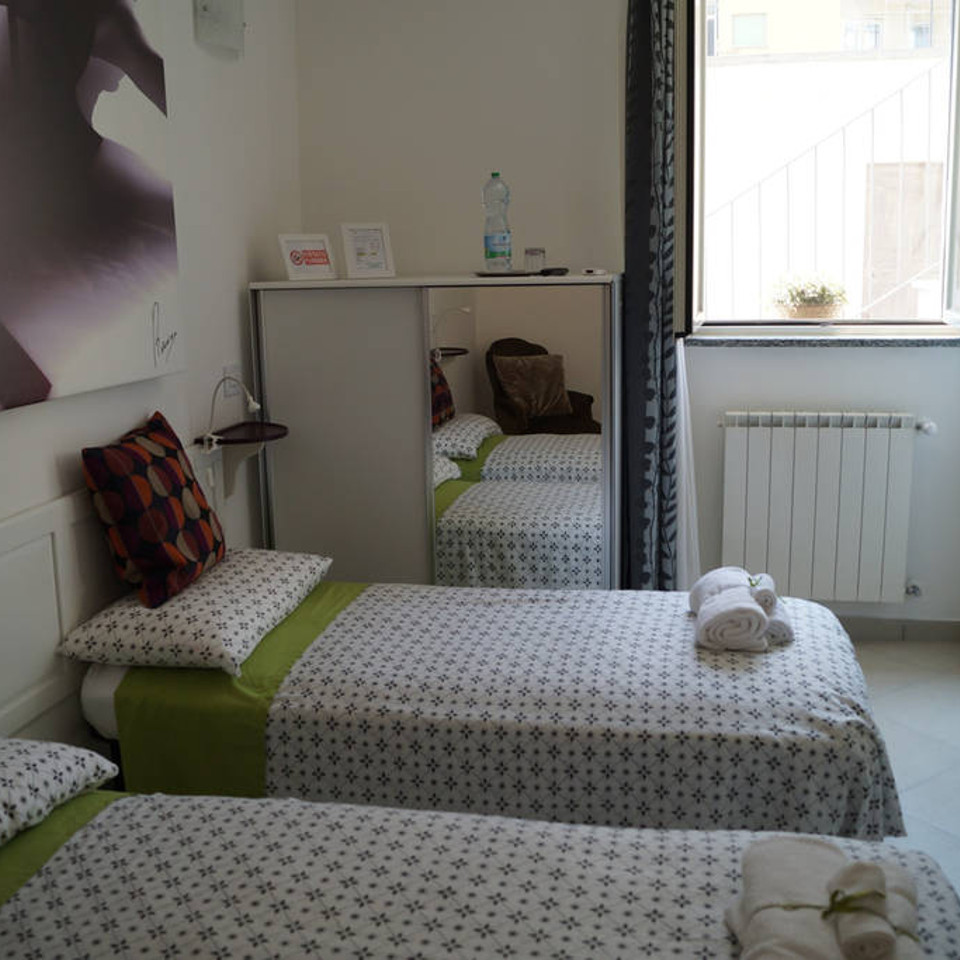 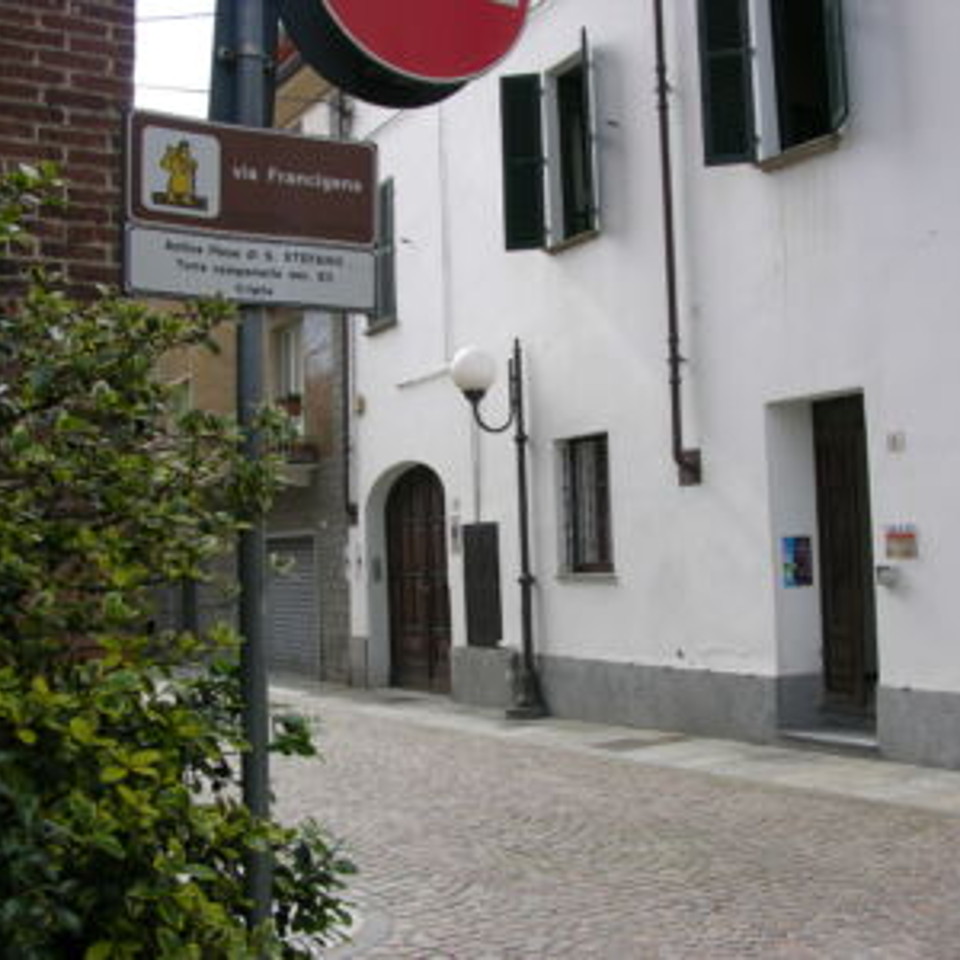